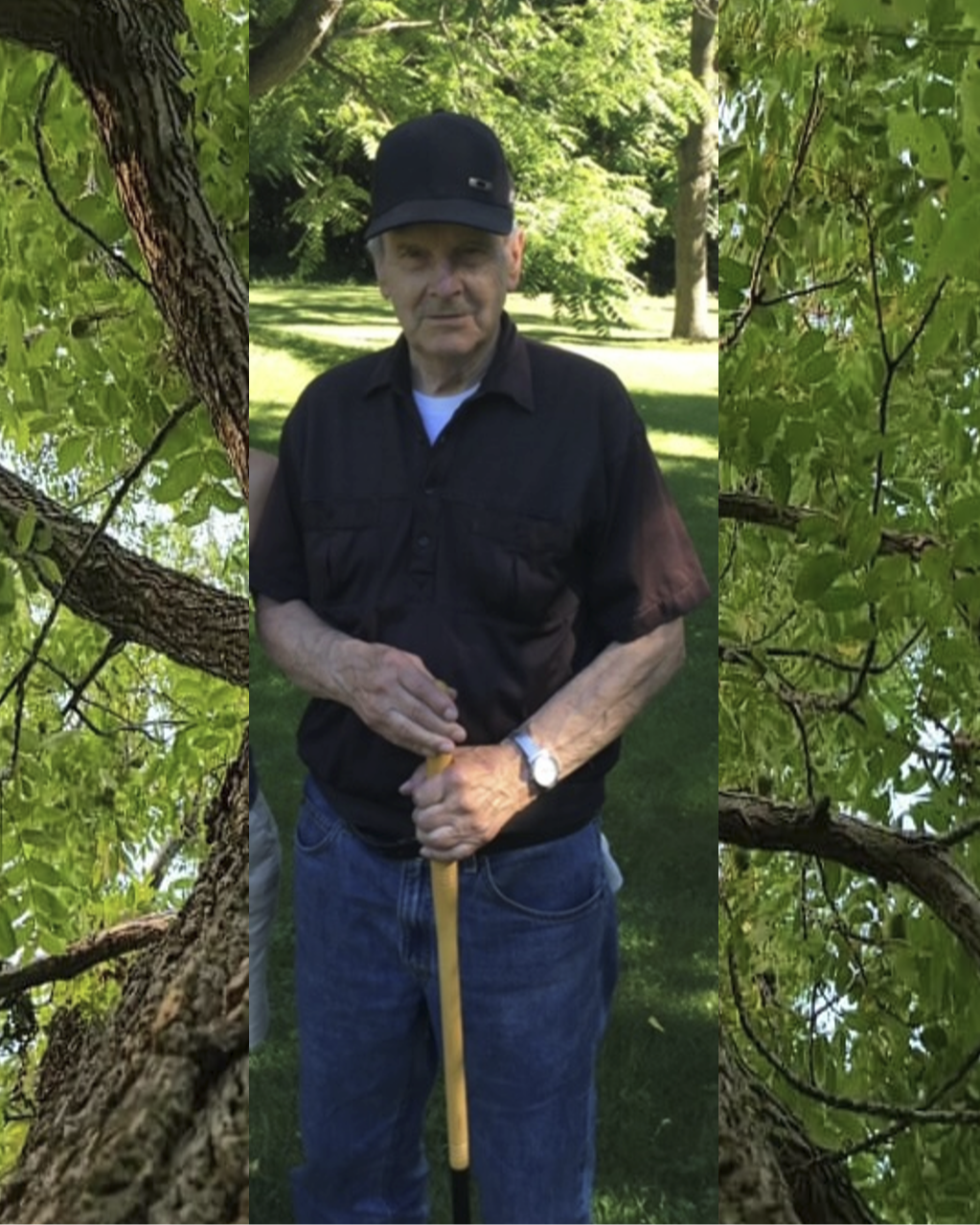 SWANTON- Roger Paul Rainville, 89, died at his home in Swanton on November 21, 2022 with his loving family by his side.

Roger grew up in Franklin, at first on a dairy farm known locally as The Swamp Farm and then his family moved to Morse's Line in 1946. He spent his youth working on the family farm with his 3 brothers and two sisters and attending Franklin Central School and church services at St. Mary's where his mother was the organist.

During this time, a pretty young lady from Highgate, Denise Laroche, caught his eye. Denise was helping her sister, Aline, with the children at the neighboring Philip Bouchard Farm and Roger always seemed to come up with an excuse as to why he needed to go over there. He finally asked her out-they both loved dancing and music and often spent Saturday nights at the Riverview in Bedford or listening to Claude Menard's band in St. Armand, QC.

Roger was drafted into the Army in 1956 and completed basic training at Fort Dix, NJ and then was stationed at Fort Carson in Colorado. Shortly after he was deployed to Germany. This afforded him the opportunity to travel throughout Europe; he was singularly impressed with Rome and Paris. After his service, Roger returned home to Franklin and he and Denise were married in 1960 at St. Louis' Church in Highgate.

They acquired a stony, run down, 365-acre farm on Brown's Corner in Franklin and with years of hard work and perseverance managed to turn it into a successful dairy operation.

Roger was meticulous with everything he did; the lawns perfectly manicured, the farm equipment clean and waxed, the barns freshly painted, the white walls on his tires must be gleaming, and his shoes shiny and buffed. Plenty of work for their five children.

In between farming and raising children, Roger and Denise kept up their love of dancing and would go out almost every Saturday to the Sheldon Casino with their good friends, Jim and Sylvia Messier, Joyce and Loren Wright or Dutch and Shirley Barnum. If there was no live music playing, they would get together for card parties or visit with their close friends Claude and Cecile Boudreau.

Roger and Denise sold the farm at Brown's Corner and moved to Swanton in 1985. After a well-deserved nap, Roger realized that he was not suited for retirement and did a variety of jobs but the one he enjoyed the most was as a bus driver for Project Soar. He drove children with behavioral difficulties to The Bayside School in St. Albans. He loved talking to the kids and asking them lots of questions. He was quoted as saying, "they're not bad kids, they just need someone to talk to".

In between his bus driving duties, he would meet his coffee buddies at McDonald's, stock up on scratch tickets or visit with his special friends, George and Johanna Godin, Gemma and Gilbert Boucher or Ivan Charboneau

Roger had a lifelong love of learning and paid close attention to local and world politics and the stock market. He was a fan of Robert Frost and learned to appreciate classical music. He loved planting different varieties of trees and nurturing his prize-winning dinner plate dahlias. He even tried his hand at making pies. Music was a big presence in his life, the radio was always playing in the barn or in his truck; he loved listening to live music especially anyone who could play the piano. He enjoyed playing croquet and if two or three people showed up at the house they would get wrangled into playing a game.

Roger was a devout Catholic and a 4th degree member of the Knights of Columbus, and was a parishioner at St. Mary's church in St. Albans. Going to church was a reason to dress up! Roger loved putting on a two or three piece suit and looking his best. His tie collection was legendary.

The biggest aspect of Roger's personality though was his sense of humor! He always had a joke, one-liner or pun to leave you with. He often would emcee at the NFO annual farmers' banquet or give speeches at birthdays and anniversaries and have everyone rolling with laughter. Sometimes he didn't talk much but he always had a joke at the ready. Even in his last days he was kidding with his nurses and making wisecracks.

In addition to his parents, Roger was predeceased by his sister, Rita Parent; his brothers, Andrew, Richard and Clement; brothers-in-law, Claude Magnant, and George Parent; sons-in-law, Hugh Haugland, and Andrew Crocker; and Godchildren, Larry Bouchard, and Tony Parent.

The family would like to thank all the friends and relatives who came and helped by offering rides, bringing food and giving support and companionship to both Roger and Denise, especially Jackie Ingalls, Pierette Bouchard, Charlene and Norman Laroche, Ginette Laroche, Cindy Churchill, Kristy Cushing, Ren and Tammy Menard, Denise Messier and Gemma Boucher.

We would especially like to thank Bayada Hospice during these last few months, especially Carol, Bridgette, Heather and Emily, Allie, Chelsea and Sarah. Their loving and compassionate care made it possible for Roger to stay at home where he loved to be the most.