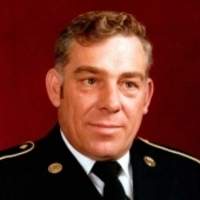 Romie was born and raised in Sheldon with his parents and siblings. He joined the United States Army in 1959 and traveled to Germany where he met and married Berta Trapp on August 24, 1962. They raised their three children in Germany and later returned to West Swanton. Romie received an Honorable Discharge from the United States Army after 22 years of dedicated service. After returning to West Swanton, Romie and Berta owned and operated Craigs Restaurant for many years. Romie was an active lifelong member of the Masonic Mason Seventy-Six Lodge No. 14 of Swanton.

He is survived by his son, Joseph Craig of St. Albans; his daughters, Christina Barber of Milton; and Catherine Craig of Texas; grandchildren, Nicole Matten; Jessica Chevrier, Magan Dominique Elinger and her husband Dalee, Derrick Barber and his wife, Yumi and; several great grandchildren; his brothers, Joseph Craig Jr. of Sheldon, Andy Craig of Highgate, and Kenneth St. Francis of Brattleboro; sisters, Kennethea Craig, Tammy McDonald, and Ila St. Francis of Brattleboro and Audrey Craig of Tennessee and several nieces and nephews. Besides his parents, Romie was predeceased by his wife, Berta; his brother Paul Craig of Tennessee; sister, Shirley Phelps of Brattleboro and great granddaughter, Kaylynne Matten.

A graveside memorial service will be held in the spring at Riverside Cemetery in Swanton.

Condolences, photos and favorite memories may be shared through www.gossfs.com
To order memorial trees or send flowers to the family in memory of Romie W. Craig, please visit our flower store.