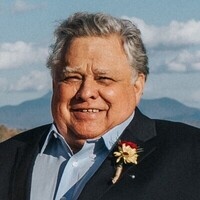 SWANTON – Ronald Armand Cota, age 77, passed away unexpectedly on Tuesday, January 25, 2022 in his shop at his home where he loved to spend his time.

He graduated from BFA St. Albans on June 10, 1964. After graduation he began serving our country in the U.S. Marine Corps. Ronnie served from 1964-1968 and fought for us in the Vietnam War. Upon his discharge from the Marines, Ronnie returned home to run a dairy farm and soon married the love of his life, Fern (Dumont) on March 9, 1968. Ronnie left farming to work as a master mechanic and he was employed at Cobb-Benoit Chevy and Don Bell. In 1977 he decided to start his own auto service business and founded Cota’s Service Station and Auto Parts located on First Street in Swanton. Ronnie worked side-by-side with Fern running the family business. Upon retiring in 2010, Ronnie was proud to sell the family business to his son who has continued to carry his legacy.

In retirement Ronnie enjoyed watching his grandchildren develop into the amazing individuals they are today. He always supported their interests and was so proud of each one of them. He enjoyed working his land, cutting wood, and tending to a small tree farm. He also cherished his time planting and harvesting his gardens, watching NASCAR, and taking trips to the casino with his beloved Fern.

Ronnie was always a humble man. He was devoted to his family and would support them in any way he could. He could fix anything and was often called upon to help his family with mechanical problems, putting together toys, fixing bicycles, building Halloween decorations, or any other request made from his loving family.

Friends and family are invited to Ronnie’s Life Celebration to include the following. Visitation from 4-7:00 PM on Tuesday, February 1, 2022 at The Goss Life Celebration Home, 89 Grand Ave., Swanton. The Mass of Christian Burial will be celebrated Wednesday, February 2, 2022 at 11:00 AM at Church of the Nativity, Canada St., Swanton. Interment will follow in St. Mary’s Catholic Cemetery. A reception will be held in the Nativity Parish Center following the committal.

To order memorial trees or send flowers to the family in memory of Ronald A. Cota, please visit our flower store.