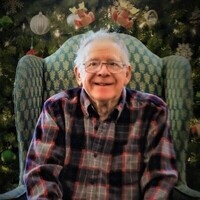 Ronald graduated from Newark High School and after graduation joined the Navy where he spent the majority of his enlistment on a submarine. He married Dorothy Liz McDermott on July 5, 1958 and together raised two children, Steven and Missy. Ronald worked for the K-Mart corporation as a store manager for over 48 years, and in 2007 happily retired. Ronald was an active member of the St. Paul’s Catholic Church in West Virginia where he served as an usher and President of the Order of The Holy Name. He enjoyed watching the History Channel, the Weather Channel, MASH, and reading books about war stories. His grandchildren will remember his never-ending stash of snacks and sweets, and his witty sense of humor; they shared a special bond in his later years.

A Life Celebration will be held in the spring.

To order memorial trees or send flowers to the family in memory of Ronald J. Panko, please visit our flower store.