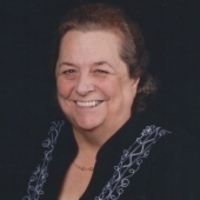 She was born in St. Albans on October 31, 1946, the daughter of the late Bernard and Muriel (Guthrie) Dexter.

Sandra was a lifelong resident of Highgate Springs. She worked as an Immigration Officer in St. Albans for 25 years, she also worked in the business office of VerDelle Village for 13 years. Her favorite hobbies included painting, ceramics, knitting, playing bingo, and she would never turn down a trip to the casino.

She is survived by her husband of 50 years, Everett Punk Vanslette of Highgate Springs; two sons, Daniel Vanslette and his wife Heather of Fairfax, and Jeremy Vanslette and his wife Donna of Santa Clara, CA; her grandsons, Caleb and Logan Vanslette of Fairfax, and Storm Watson of Santa Clara, CA; and several nieces, nephews, aunts and uncles. Sandra was predeceased by her son, Scott Vanslette in 1969; father, Bernard Dexter in 1995; mother, Muriel Dexter in 2011; and brother, Gary Dexter in 2015.

A Mass of Christian Burial will be celebrated on Friday, March 8, 2019 at 11:00 AM at Church of the Nativity, 65 Canada St., Swanton. Interment will follow in St. Louis Cemetery, Lamkin St., Highgate.

Condolences, photos, and favorite memories may be shared through www.gossfs.com
To order memorial trees or send flowers to the family in memory of Sandra M. Vanslette, please visit our flower store.