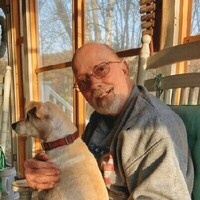 FRANKLIN – Shane L. Lloyd, age 78, passed away peacefully on July 11, 2021, with his loving family by his side in the comfort of his home, after fighting Parkinson’s Disease with dignity since 2009.

He was born in Howard, South Dakota on May 19, 1943, to the late John & Betty Lloyd. He joined the Navy in 1960 at the age of 17. He was deployed around the world, eventually serving time in Vietnam where he was exposed to Agent Orange. This exposure would eventually lead to the development of his Parkinson’s Disease. The maiden voyage of the USS Nimitz was the highlight of his military career which would span over 23 years.

Shane met the love of his life Valerie and married her on August 26, 1967. Shane's Navy career had them traveling the country and eventually creating seven wonderful children. Shane loved nothing more than being surrounded by his family, especially his grandchildren who brought him so much happiness. He and Val with their son John, enjoyed frequent morning trips to Lake Carmi for the beautiful scenery, a cup of coffee and to feed the ducks. Shane was a proud Vietnam Veteran and visited local schools to educate them about his military service and began a tradition of hanging POW flags at the schools. He had the privilege of being included in the Honor Flight in 2019, several Memorial Day Parades in Highgate, and visiting The Moving Wall. Shane spent as much time as possible volunteering at the Highgate Public Library where he was loved by all. He would also donate his time to Highgate Elementary school, coaching softball teams, Special Olympics, Golden Gloves, VT Fish and Wildlife, and countless other organizations. He enjoyed camping and outdoor activities, poker nights and wild games of UNO, Jeep Jamborees and road trips, family Sunday dinners, anything sweet and loved nothing more than taking his family to Fenway Park for a Red Sox game. Shane’s greatest love was his family, and we will miss him dearly.

Shane fought Parkinson’s disease for 12 years with dignity and never complained. His family will miss his positive attitude, determination, the love he shared with them and the way he made his grandchildren smile.

He is survived by his soulmate and wife, Valerie (Meehan) Lloyd, seven children, Michelle Fetters and her husband Brian of Highgate, Kimberli Lloyd of St. Albans and the father of her children, Scott Munn, Patricia Lloyd and her husband Mike Lovejoy of Altona, NY, Joseph Lloyd and his wife Katy of Ashburn, VA, John Lloyd of Franklin, Christopher Lloyd of El Paso, TX, and Merry Lloyd and her companion Michael Prato of Alexandria, VA; grandchildren, Jessica Fetters, Jacob and Daniel Munn, Maddox Lovejoy, Coralee Lloyd, and Emma Lloyd; siblings, John Lloyd of CA, and Ann Gunther of AZ; special friends, Homer Wetherby and Liza Comiskey; and several nieces, nephews, cousins, and friends. In addition to his parents, Shane was predeceased by his grandson, Anthony Fetters on June 28, 2018.

To order memorial trees or send flowers to the family in memory of Shane L. Lloyd, please visit our flower store.