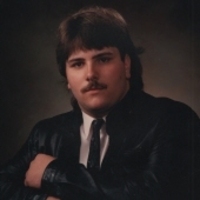 ALBURGH - Shawn Michael Parah passed away from an unexpected cardiac event on the evening of December 25, 2019 at his home in Alburgh, VT.

He attended schools in Swanton and later graduated from Northmont High School in Dayton, OH class of 1989. Shawn lived and worked in the Dayton area for a number of years in manufacturing, transportation and as an iron worker. He moved back to Vermont in 2012 and shortly thereafter began working at Perrigo Industries in Georgia. Shawn had an outgoing personality and was a fun person to be around, never a dull moment! He was a defender of gun rights and had hunted in earlier years. He loved animals, and had been the human dad of Bear and Harley, and his well-indulged cat, FatGirl.

He leaves his parents, David Parah and his wife Betsy of Calais, VT and Ann Hendrickson and her husband Bill of West Milton, OH; one brother, Todd Parah and his wife Julie of Chester, VT; nieces, Diane & Lori; his godparents, Walter & Nancy Henry of Port Jefferson, NY; and several aunts, uncles & cousins. Shawn left us way too soon and will be sorely missed by his loved ones. Dear Shawn, may you rest in peace

Visitation will be held on Thursday at Kidder Memorial Home from 3:00 PM until the hour of the service.

Condolences, photos and favorite memories may be shared through www.gossfs.com
To order memorial trees or send flowers to the family in memory of Shawn M. Parah, please visit our flower store.