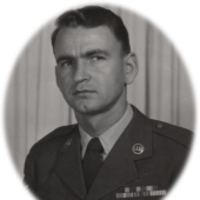 SWANTON - Sherrill D. Strider, age 84, passed away Tuesday, September 26, 2017 at his home in Swanton, surrounded by his loving family.

Sherrill grew up in North Carolina and joined the U.S. Air Force. He was stationed in Guam during the Korean War and numerous bases throughout the United States and Canada during his military career. While stationed in Ontario Canada he met the love of his life Dilys Stone, they were married on August 16th 1961. Sherrill retired from the Air Force in 1972; he then opened their home-based business Striders Radio & TV. He loved spending time at their camp on Maquam Shore and his favorite hobbies were going fishing, watching the Atlanta Braves play baseball, and listening to country music; especially Merle Haggard.

He is survived by his wife, Dilys Strider of Swanton; their children, Sherrill Strider Jr. and his significant other Iva of Victorville, CA, Christina Weld and her husband Mark of Berkshire, Margaret Hoffman and her husband Chris of Swanton and David Strider and his wife Lydia of Swanton; 4 grandchildren, James & Christy Grandchamp, Ryan & Randel Hoffman; siblings, Leverette Strider and Gretchen Hancock both of North Carolina and several nieces & nephews. Besides his parents, Sherrill was predeceased by his siblings, David Strider, Effie Cole, Ferry Williams, Buren Strider, Waymond Strider, Merle King and Faydene Macon.

In keeping with Sherrills wishes, a private service with military honors will take place at the convenience of his family.

For those who wish, contributions in Sherrills memory may be made to Franklin County Home Health - Hospice Program, 3 Home Health Circle, St. Albans, VT 05478.
To order memorial trees or send flowers to the family in memory of Sherrill D. Strider, please visit our flower store.