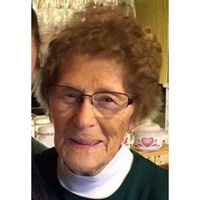 Franklin – Shirley A. Barnum, age 85, passed away on Wednesday, December 16, 2020 surrounded by her loving family at her home in Franklin.

She was born in Franklin on February 4, 1935 to the late Richard and Frances (Wescott) Glidden.

Shirley graduated from Franklin High School and attended Johnson State College. She married the love of her life, Walter Barnum on April 14, 1954. They owned and operated Maple Lane Farm on Morses Line Road in Franklin where they raised their nine children. She was the matriarch of the Barnum family for many years. She made sure the children were cared for, the farm was operating and there was always food on the table.

Shirley dedicated her life to caring for others, including her children, grandchildren and great grandchildren. Her community always came first and she spent countless hours volunteering at the East Franklin Union Church. Shirley and Walter retired from farming in the mid 1980’s. In retirement they enjoyed spending winters in Florida, traveling around the country and spending time with their family. Shirley worked at the Tyler Place Family Resort in Highgate Springs for many years and the Franklin Central School cooking with Carolyn. She always looked forward to hosting the Barnum family Yankee swap and the family summer picnics. Shirley was also an avid Boston Red Sox fan.

Friends and family are invited to Shirley’s Life Celebration to include a memorial service on Saturday, July 16, 2022 at 10:00 AM at the East Franklin Union Church, 4610 Lake Rd., East Franklin, VT.

To order memorial trees or send flowers to the family in memory of Shirley A. Barnum, please visit our flower store.