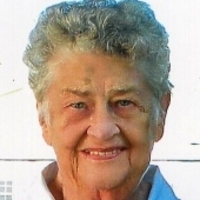 BERKSHIRE - Shirley B. Taylor, age 84, passed away on Friday, April 12, 2019 at the Northwestern Medical Center in St. Albans surrounded by her family.

She was born in East Angus, Quebec on December 27, 1934, the daughter of the late Emard and Ruth (Gill) Locke

Shirley grew up in East Angus and moved to Vermont in 1954 where she married her first husband Howard Laplant Jr. After the passing of Howard, Shirley and her children moved off the farm and she opened a daycare, which suited her nurturing heart. She married her second husband, Elmer Taylor in 1983 and the two enjoyed many years of traveling, playing cards, dancing, and spending time with friends. Shirley treasured her family and embraced every moment with them. She enjoyed countless family vacations to Ontario, listening and dancing to music, and large family gatherings. She had a flair for cooking, crocheting, knitting, and playing the piano, harp and accordion. Shirley will be remembered for her easy-going personality and her contagious warm smile.

A funeral service will be held Wednesday, April 17, 2019 at 11:00 AM at Spears Funeral Home. Interment will follow in the East Franklin Cemetery.

For those who wish, contributions in Shirleys memory may be made to the Enosburg Food Shelf, P.O. Box 614, Enosburg Falls, VT 05450.

Condolences, photos and favorite memories may be shared through www.gossfs.com
To order memorial trees or send flowers to the family in memory of Shirley B. Taylor, please visit our flower store.