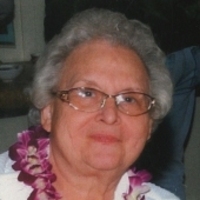 HIGHGATE - Shirley A. Tompkins, age 84, passed away peacefully on July 22, 2019 at the Northwestern Medical Center in St. Albans.

Shirley was a hardworking mother who did all she could to provide for her family. Later in life, with the help of her daughter, she was able to achieve a life-long dream of owning a bakery. She achieved that dream and called it, Tasty Treats. It was located in Swanton. Shirley absolutely enjoyed sewing and loved flowers.

For those who wish, contributions in Shirleys memory can be made to the Cystic Fibrosis Foundation, Northern New England Chapter, 114 Perimeter Road Nashua, NH 03063.

Condolences, photos and favorite memories may be shared through www.gossfs.com
To order memorial trees or send flowers to the family in memory of Shirley A. Tompkins, please visit our flower store.