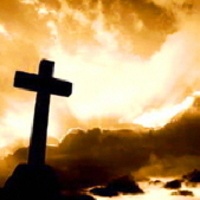 He was born in St. Albans on January 8, 1927 to the late Celestin & Marie Ann (Lapointe) Gaudreau.

Silas was a lifelong resident of Highgate. He joined the Unites States Army in 1946 and was stationed in South Korea. He worked at the Axe Factory in East Highgate, Vermont.

He is survived by his cousin, Douglas Austin and his wife Carol of Swanton; and special friends, Paul Laroche of Highgate, and Claire Daudelin of Swanton. Besides his parents, Silas was predeceased by best friends, Armand Boudreau and Arthur Ploof.

Friends of Silas would like to extend a sincere thank you to the caregivers, nurses and staff at Brownway Residence and St. Albans Health and Rehab for the exceptional care they offered him.

For those who wish, contributions in Silass memory may be made to the Church of the Nativity/St. Louis Church, 65 Canada Street, Swanton, Vermont 05488.

Condolences, photos and favorite memories may be shared through www.gossfs.com
To order memorial trees or send flowers to the family in memory of Silas J. Goodro, please visit our flower store.