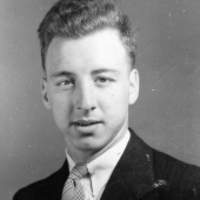 He was born in Highgate on September 14, 1928 to the late Shirley & Madeline (Witham) Bray.

Stanley grew up and graduated from Highgate High School. He loved being outdoors, especially hunting or fishing. Stanley worked as a carpenter for Kenneth Adams Construction and as a janitor in the Highgate Elementary School, both jobs were very special to him.

He is survived by his partner of 13 years, Bethel Raymond of St. Albans and her family; two sons, Gary Bray and his companion, JoAnn Morris of Bakersfield, and Charles Bray of Pennsylvania; several grandchildren and great grandchildren; his brothers, Franklin Bray, and Chester Bray both of Highgate; and several nieces & nephews. Besides his parents, Stanley was predeceased by his wife, Simonne (Ostiguy) Bray; a sister, Geraldine Bray; daughter-in-law, Brenda Bray; and sisters-in-law, Marilyn, and Barbara Bray.

Stanleys family would like to extend a sincere thank you to the nurses at Franklin County Home Health and Hospice for the exceptional care they have offered Stanley over the past several months.

A funeral service will be held on Friday, February 15, 2019 at 4 PM at Kidder Memorial Home, 89 Grand Ave., Swanton. Interment will be held this spring in St. Johns Cemetery in Highgate Falls.

Visitation will be held on Friday at Kidder Memorial Home from 3 PM to the hour of the service.

For those who wish, contributions in Stanleys memory may be made to Highgate Elementary School, 219 Gore Road, Highgate Center, Vermont 05459.

Condolences, photos, and favorite memories may be shared through www.gossfs.com
To order memorial trees or send flowers to the family in memory of Stanley A. Bray, please visit our flower store.