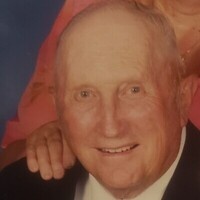 Stanley Douglas Capsey, Sr., age 79 of Swanton, Vermont passed away peacefully at his daughter’s residence in Boca Raton, FL on January 29, 2022 of heart failure and after a long battle with Alzheimer’s Disease.Stanley was the second of four sons of the late Douglas and Gladys (Parrott) Capsey. Stanley was born on June 1, 1942 in Mystic, Quebec Canada. He moved to VT with his family when he was four years old. Stanley was predeceased by his brothers, Percy Capsey and Gary Capsey.

Stanley married Margaret Duhamel on February 27, 1965 at The Church of the Nativity in Swanton. Stanley attended Highgate Schools and entered the workforce after graduation. He always worked on his family’s farm and worked for A.G. Anderson and Carroll Concrete for more than 40 years as a truck driver. He also worked on his own farm raising cows and had a firewood business for many years. Stanley also built houses and has apartment rentals. Stanley was formerly a member of the Moose Lodge in St. Albans, VT.

Stanley is survived by his wife, Margaret of 57 years of marriage, daughter, Ann Capsey-Morel and husband Ramon of Boca Raton, FL and son, Stan Capsey, Jr. (“Junior”) and wife Christa of Swanton, VT, brother Henry and Tina Capsey of Highgate Center, VT and 3 grandchildren: Gabriela Morel of Boca Raton, FL, Emily Samson and family of San Tan Valley, AZ and step-granddaughter Elizabeth Johnson and family of St. Albans, VT as well as many nieces, nephews, cousins, 4 great-grandchildren, and many extended relatives in the U.S. and Canada.

Stanley loved the beautiful Vermont countryside and enjoyed farming. He took pride in raising cows and gardening. He always looked forward to planting his garden in the Spring and took special care of his tomato plants. He enjoyed chopping wood and using his chainsaws. He was known as a hard-worker to all who knew him and was known to not take much rest.  He believed in working hard to be successful. He truly loved driving trucks and took such pride in his job with the cement company and making his wood deliveries to his clients. He spent the winters in Boca Raton, FL for the last 14 years with his daughter and family. He enjoyed the warm Florida weather during the winter months where he could enjoy sitting at the beach or by the pool, but always loved living in Vermont and always said there was “no place that was better than Vermont” and was very proud to talk about his home in Vermont to anyone he met. Stanley enjoyed going for car rides, riding his four-wheeler, vacationing with his family, watching his granddaughter, Gabriela figure skate, watching “The Price is Right” and “The Young and the Restless,” playing cards, and eating desserts. He was known to have quite a sweet tooth! Stanley was always trying to find ways to make money and was known as a “penny-pincher.” He worked hard to create a legacy for his family.

Family and friends are invited to Stanley’s Life Celebration to include the following. Visitation from 5-8:00 PM on Friday, February 11, 2022 at The Goss Life Celebration Home, 89 Grand Ave., Swanton. The Mass of Christian Burial will be celebrated Saturday, February 12, 2022 at 11:00 AM at Church of the Nativity, Canada St., Swanton. Interment will follow in St. Louis Catholic Cemetery, Lamkin Street, Highgate. A luncheon in Stanley’s honor will be held at The Abbey restaurant in Sheldon, VT.

Donations in Stanley’s memory can be made to the Alzheimer’s Association with the hope that a cure will be found one day.

To order memorial trees or send flowers to the family in memory of Stanley D. Capsey Sr., please visit our flower store.