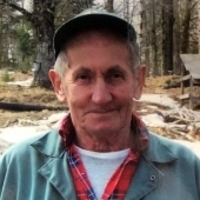 RICHFORD - Stanley Guilmette, age 83, passed away on Friday, December 20, 2019 at the University of Vermont Medical Center in Burlington.

He was born in Richford on April 4, 1936 to the late Morton & Doris (Curtis) Guilmette.

Stanley graduated from Richford High School and then served in the U.S. Army. He received his honorable discharge in 1957 and returned home. Stanley was a self-employed jack of all trades. He was a logger, sugar maker, bulldozer operator, mechanic and also had a snowplowing business. He sold Christmas trees for almost 70 years. He was also the caretaker of the South Richford Cemetery for many years. Later in life, Stanley became very interested in his family genealogy and his research dates back to the 1500s. He was the organizer of the annual Guilmette Family Reunion. Stanley looked forward to his annual Sugar on Snow party and enjoyed swapping stories with friends in his shop. He will surely be missed by all who knew him.

Visitation will be held on Saturday, December 28, 2019 from 11:00 AM - 1:00 PM at Spears Funeral Home, 96 Dickinson Ave., Enosburg Falls, VT. Military honors will take place at the conclusion of visitation.

For those who wish, contributions in Stanleys memory may be made to The Arthritis Foundation, P.O. Box 4067, Concord, NH 03302 or a charity of ones choice.

Condolences, photos and favorite memories may be shared through www.gossfs.com
To order memorial trees or send flowers to the family in memory of Stanley C. Guilmette, please visit our flower store.