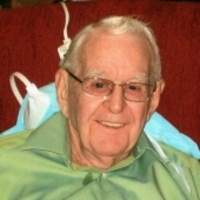 He was born in Highgate on November 2, 1919, the son of the late John and Florence (Johnson) Dunton.

Stephen served in the United States Army during WWII. He was later employed by the State of VT Highway Department where he operated heavy equipment until retiring in 1984. Steve touched the lives of many and he had a smile that could light up a room. Steve will be greatly missed by those who loved and cared for him.

A graveside funeral service will be held on Wednesday, August 21, 2019 at 2:00 PM at the Sheldon Village Cemetery, Sheldon Woods Road, Sheldon, VT.

Condolences, photos and favorite memories may be shared through www.gossfs.com
To order memorial trees or send flowers to the family in memory of Stephen C. Dunton, please visit our flower store.