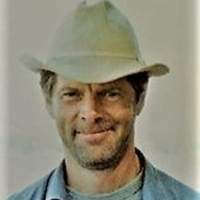 Stephen Coburn Scott, beloved husband, brother, uncle and friend, passed away on September 23, 2019 after a long and courageous battle with cancer.

Steve was born on June 17, 1943 in Corvallis, Oregon to Ken and Phyllis Scott. He attended Derby public schools and graduated from Derby Academy in 1961. The caption under his yearbook photo read, A good sport and always fun which he continued to exemplify throughout his life.

Steve attended Clarkson College followed by a varied career path. He was a ski instructor at Jay Peak and ran the Nastar ski races. It was there that he met Kathleen McCloskey whom he married in 1986. Steve also worked for Waterland Corporation in Montgomery Center, Vermont where he helped launch its fish hatchery and subsequent businesses. Later in life, he enjoyed the challenges of working with local surveyors, as it took him into uncharted territories. Many will remember Steve as The Land Detective.

Steve was always energetic and thrived on physical exercise. He loved nature and was at home in the woods. An avid outdoorsman, his passions were hunting and fishing. He derived great pleasure in teaching his nieces and nephews how to fish while incorporating some words of profanity into their vocabulary. But he was also a very private person who valued special times with close friends he dubbed The Six Pack. He enjoyed quiet time sitting on his deck overlooking the brook and at his remote retreat, High Lonely. One could often find him devouring a good book or cheering on his favorite football team.

Family gatherings, whether at Lake Memphremagog or in New York, were always more exciting when Steve came. With expert delivery, a sharp wit and delightful sense of humor, he entertained a captive audience with some pretty outrageous stories of his experiences.

Steve was smart, witty, funny, caring, thoughtful, hardworking and honorable. He held these most dear to his heart: his wife, home, family, extended family and friends. He lived his life exactly as he wanted.

Per his request, there will be no service.
\t
For those who wish, contributions in Stephens memory may be made to the Montgomery Town Library, P. O. Box 448, Montgomery Center, VT 05471 and/or To help patients with expenses: James Bashaw C/O Northwestern Medical Center, ATTN: Community Relations, 133 Fairfield Street, St. Albans, VT 05478.

Condolences, photos and favorite memories may be shared through www.gossfs.com
To order memorial trees or send flowers to the family in memory of Stephen C. Scott, please visit our flower store.