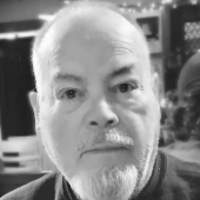 BAKERSFIELD - Stewart Skip J. Snyder, age 78, passed away, peacefully and quietly with loved ones by his side on Sunday, January 6, 2019 in his home he built, from lung cancer. Stop Smoking!

Stewart served 21 years in the Navy attending several schools, Electricians Mate, Naval Staff Advisory, he attended school in Washington DC to become an Interpreter at the Vietnamese Language School. Upon graduation though, his Instructor mentioned that he has a North Vietnamese accent.

Stewart was a Veteran of the Vietnam War, serving in the Mekong Delta Riverine Forces aboard the Battleship USS New Jersey. He was part of the Naval Advisory Group Saigon. Proudly serving three tours of Vietnam aboard the USS Brush he had the company of his brother Kent. In addition, he served on the USS Garrett County, the USS Bronstein and the USS Herbert J. Thomas.

He spent the rest of his days as if it were his mission, looking for people to help, from fixing porch steps, to setting up a Gallery, wiring homes or sugarhouses. Ever ready to say, Yup, let me go home and get my tools.

Stewart also worked for the Branon Family Maple Orchards for 15 years loving every long hour involved in keeping track of the sap flows on a homemade wooden sign.

He was an active member of the Bakersfield Drifters Snowmobile Club for many years. One of his great joys was being appointed Trail Master for the Peaked Hill Gang. A caravan of trucks, trailers carrying horses and dogs were brought in down the road from the house. Stewart would start the campfire, the horses were settled into their corrals and while the food was cooking, stories and singing would begin and end late into the night. The days were spent riding in the Cold Hollow Mountains with Jory, Scott, Ann, Chris, Jeanne and Lisa.

He loved Bakersfield and wore many hats for the town as the years went by, he became the First Constable, Tax Collector and Dog Catcher. You could see him at the Bakersfield Fourth of July Celebration wearing his Navy uniform holding the Flag while we would sing the National Anthem.

Stewart could fix just about anything and build most everything just as long as its rough. I am not a finish carpenter. His dog houses were a work of art.

He is survived by his wife, Rebecca Anne Bennett, of Bakersfield, Aurora Amelia, the apple of his eye ; one son, Stewart J. Snyder, Jr.; grandson, Tristan Snyder; brothers, David Snyder and his wife Jane of Buzzards Bay, MA, Ralph Snyder and his wife Jeannine of Daytona Beach, FL, Kent Snyder and his wife (deceased) Beverly of Oswego, NY, a very special family member, Byrdie Walter, See you later Kiddo! of Linwood Township, MN. Larry Lawyer whom he thought the world of. Steve Boal for his constant caring and never-ending support. To the entire Branon family and to Glenn and Lisa Macy the best neighbors one could hope for. Sandra Bauer and Emily Houston for their comfort and time with him. Stewart leaves several nieces, nephews and cousins. Besides his parents, Stewart was predeceased by his brothers, Joel Snyder his wife, Eleanor, and Robert Snyder along with his wife, Joyce.

Services will be private and held in warmer weather.

Many, many thanks to Hospice and Home Health, Sheree, Jean, Paul, Brent Helen, Emily, Nancy, Theresa and Chasity, prayers and guidance from Pastor Tim Stetson and members of First Baptist Church of Richford.

For those who wish, contributions in Stewarts memory may be made to the VFW, Post 778, Charles P. Daprato Post, 8 Merchants Row, Swanton, Vermont 05488 or the Franklin County Animal Rescue, 30 Sunset Meadows, Saint Albans, Vermont, 05478.

Condolences, photos and favorite memories may be shared through www.gossfs.com
To order memorial trees or send flowers to the family in memory of Stewart J. Snyder, please visit our flower store.