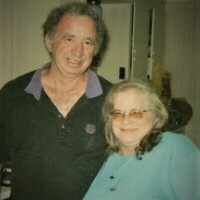 MILTON– Susan Ann (Fisher) Warner 70 of Milton, VT passed away peacefully in her sleep on October 7, 2021 after a brave battle with cancer.

Susan was born on February 16, 1951 to Stanley and Leola (Coolidge Kendall) Fisher in Hardwick, VT. She was a fighter from the beginning. Susan's twin predeceased her in utero in January of 1951 and a month later she was born a month premature weighing only a little over 3lbs at birth. When Susan was born her tiny head could fit in a teacup. She grew and thrived.

Susan attended schools in Hardwick, VT and graduated from Hardwick Academy in 1969.

In school she enjoyed playing on the basketball team, playing the flute and singing in the chorus.

In December of 1972 she married her husband Russell Warner. She and her husband lived for many years in the Colchester and Milton areas of Vermont.

Susan was a lover of animals her entire life. Though she never had children of her own she was a loving mom to all her fur babies.

Susan was predeceased by her twin, her parents and her brother Byron Fisher of Hardwick, VT.

In addition to her husband Russ, Susie is survived by her sister Linda Lee of Tucson, AZ, sister in law Cherie Fisher of Hardwick, VT. As well as many cousins, nieces, nephews and friends all who loved her and will greatly miss her.

To order memorial trees or send flowers to the family in memory of Susan A. Warner, please visit our flower store.