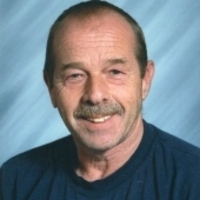 He was born in Swanton on March 4, 1946 to the late Arthur & Melissa (Grassette) Lafar.

Ted graduated from Swanton High and joined the United States Army. He later married, the love of his life, Diane (Duprey) and started a family of their own. Ted worked at Fonda Container for many years, Poulin Grain, and Ray\u0027s Rebuildables & Salvage. He was an avid outdoorsman, and when he wasnt working, he loved spending time hunting, fishing, working on cars, family bar-b-ques, and tending to his vegetable garden. Ted will forever be remembered as the kindest and most generous Papa, Pip, husband, father, grandfather, great grandfather, uncle, brother and friend. His grandchildren and great grandchildren were his world. Mila will always remember all that Papa taught her. Especially how to catch and skin a fish, catch a frog, catch nightcrawlers, fix a car and mix bondo.

In keeping with Teds wishes, there will be no public services.

For those who wish, contributions in Teds memory may be made to Vermont Turkey & Young Guns Club, C/O Steve & Joyce Lafar, 694 Gore Road, Highgate Center, VT 05459.

Condolences, photos and favorite memories may be shared through www.gossfs.com
To order memorial trees or send flowers to the family in memory of Theodore "Ted" Lafar, please visit our flower store.