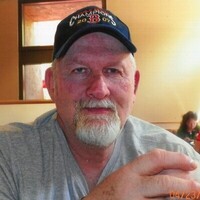 ENOSBURG FALLS – Thomas “Tom” P. Finn, age 71, passed away unexpectedly due to injuries sustained in an automobile accident on September 16, 2021 at the UVM Medical Center in Burlington.

Tom grew up in Massachusetts and graduated from Farmingham South High School in 1969 and joined the United States Air Force. He attended Pensacola Junior College in Florida, and then moved to Vermont in the early 90’s where he met Linda Kennison, his companion and best friend for the past 30 years. Tom was a family man, he loved being surrounded by family and his dogs, Blackie, Charlotte aka “Bouncy Butt” and Buster while watching his two favorite sports teams, the Boston Red Sox and the New England Patriots play. He was a good friend to many, and a hard-working man. Tom was employed by Hannaford Bros. for many years in the Enosburg and St. Albans locations. If he wasn’t working or watching sports on TV, he was watching classic Westerns with Linda by his side, maybe enjoying his favorite Chinese food dish, General Tso’s Chicken.

He is survived by his son, Thomas P. Finn Jr. and his 3 children, Riley, McKenzie, and Zoe Finn of Washington; daughter, Joy Daniels and her husband Rich and their 2 children, Kale and Kaden of Alabama; his longtime companion and fiancée, Linda Kennison of Enosburg Falls; his siblings, Maureen Morits, Gerald Finn, Jeanne Baker, James Finn; and Linda’s siblings, Michael Kennison, Diana Brooks and her husband Jamie, and Calvin Kennison; and of course, his three beloved dogs! Besides his parents, Tom was predeceased by brothers-in-law, Arthur Morits and Eugene Baker; Linda’s parents, Vernon Pete Kennison and Marjorie (Hayden) Kennison and Linda’s brothers, Jerry and Scott Kennison.

Tom’s family would like to express the sincerest appreciation to Enosburgh Falls Ambulance Services, Dartmouth-Hitchcock Advanced Response Team – DHART, and everyone else involved for the immediate care Tom received.

Family and friends are invited to Tom’s Life Celebration to include a memorial service on Monday, September 27, 2021 at 1:00 PM at The Goss-Spears Life Celebration Home, 96 Dickenson Ave., Enosburg Falls. Interment will follow in the Enosburgh Center Cemetery.

For those who wish, donations in Tom’s memory may be made to the University of Vermont Cancer Center, 411 Main Street, Burlington, VT 05401.

To order memorial trees or send flowers to the family in memory of Thomas P. Finn, please visit our flower store.