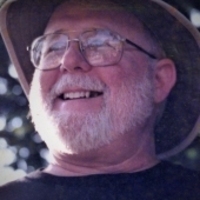 Born on May 9, 1945 in Middlebury, Vermont, he was the son of the late Thomas W. and Shirley (Atwood) Martin. Thom lived most of his early years in Florence and Brandon, graduating from Otter Valley Union High School, Brandon, Class of 1963. He enlisted in the Vermont Army National Guard May of 1966, Co. D, 50th Medical Bn and was honorably discharged 4 May 1972. He married Beverly Clark on June 2, 1968. Thom graduated Castleton State College 1970 with a BS in Fine Arts. He continued to paint in acrylics off and on for the rest of his life.

Thom began his career with the State of Vermont in social services and moved to the Department of Corrections 17 November 1985. Thom met and married Lynn McMorrow October 6th, 1990 while they both worked for the DOC in St. Albans at the Northwest Correctional Facility. He happily retired as a Correctional Caseworker on 20 June 2007.

Thom will be forever remembered for his kindness, his gentle nature and his dry sense of humor. He took special delight in tormenting his loved ones with vicious, jaw grinding puns! He completed 2 to 4 crosswords daily- - in pen- -and was a voracious reader in multiple genres, focusing more on politics in his later years. Thom had an eclectic taste in music and loved the old country western singers in particular. He brewed beer and wine with equal enjoyment, and generously shared his craft with friends and family - - with only occasional reports of some bottle explosions from other homes. The quality of taste was worth the risk. He adored his cats and dogs and we have the pictures to prove it.

A Celebration of Life will be held at the convenience of Thoms family.

For those who wish, contributions in Thoms memory may be made to Enosburg Veterinary Care, P.O. Box 236, Enosburg Falls, VT 05450.

Condolences, photos and favorite memories may be shared through www.gossfs.com
To order memorial trees or send flowers to the family in memory of Thomas M. Martin, please visit our flower store.