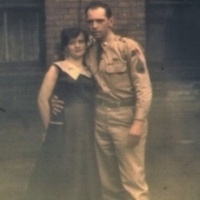 ALBURGH - Tillie A. Seguin, age 87, passed away peacefully on Sunday, September 20, 2020 at Our Lady of the Meadows in Richford.

She was born in Clarenceville, Quebec on November 26, 1932 to the late John & Rose Shedrick.

Tillie married Gerald on June 1, 1954. She was a housekeeper for her own family, the American Legion, St. Amadeus Church and for many others as well. She enjoyed cooking, cleaning, gardening and playing Bingo. She and Gerald had a huge vegetable garden, which meant lots of canning and pickling. Her family remembers her bread and butter pickles, and the fact that nobody else can make them quite as good as she could! She was a skilled seamstress and could mend anything while listening to her favorite Country and Western music. She was devoted to her family, friends and God. Tillie was a longtime parishioner of the St. Amadeus Roman Catholic Church in Alburgh. She was also a proud member of the Alburgh American Legion Auxiliary and helped with numerous events.

She is survived by her three sons, Gerald Seguin Jr. and his companion Carol-Ann Reed of Canastota, NY, Gary Seguin and his wife Millie of Albany, VT and Steven Seguin and his wife Lisa of Sheldon; three daughters, Mary Seguin of St. Albans, Sherrie (Tillie) Rabideau of Alburgh, and Brenda Harris of Grand Isle; 29 grandchildren; one brother-in-law, Ray Henderson and his wife Shirley of Alburg; best friend, Noella Duchaine; and many admired great grandchildren, nieces and nephews. Besides her parents, Tillie was predeceased by her husband, Gerald in 2008; and her daughter, Midj (Shirley) Seguin in 2019.

In keeping with Tillies wishes, services will be private.

Condolences, photos and favorite memories may be shared through www.gossfs.com
To order memorial trees or send flowers to the family in memory of Tillie A. Seguin, please visit our flower store.