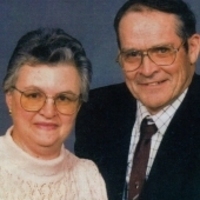 BERKSHIRE- Virginia Stanhope (Davis) Fleury, age 85, passed away on September 22, 2019 at the UVM Medical Center after a long illness. She was married for 62 years to Daton Fleury, who survives her.

Virginia was born on August 15, 1934 in Glen Sutton, Quebec, the daughter of the late Rex and Dorothy (Wood) Davis. She attended school in Glenn Sutton until high school, when she came to live with Huestus and Orpha Smith to attend Richford High School in Vermont. Upon graduating in 1952 she taught school at Abercorn School in Quebec for two years. After a year of teachers training at MacDonald College in Montreal, Quebec, she returned to teaching 5th grade at Knowlton Academy in Knowlton, Quebec, ending her career after two years there.

In 1957 she married Daton and together they bought the dairy farm that had been in Datons family for, at the time, 30 years from Datons mother. That, along with the maple sugaring operation, was the forefront of their endeavors, as well as raising three sons along the way. Virginia also worked for a time at Blouins IGA in Richford as a store clerk, and at A.N. Derringer as a broker.

Virginia was devoted to the Eastern Star, being a charter member of the Richford chapter and continuing until the combined Richford-Enosburg chapter was merged into the Milton chapter. She also loved belonging to the United Methodist Women and was often seen working the church suppers.

Virginia was most passionate, though, about her family. Between her three sons and their wives, six grandsons and their wives and girlfriends, and her three great grandchildren, Christmas parties or any party for that matter were never boring. Almost any excuse could be used as a party. She loved to can, cook, and bake, and was very good at it. Her maple cream pie was legendary in the family. She also was a crocheter and particularly a knitter; there are many in the area who are proud owners of her brightly colored knitted dishcloths. We will miss her jigsaw puzzles on the card table, her knitting next to her chair, and her presence in our hearts and lives.

Besides her husband, she leaves her sons: Stephen and his wife Betsy, of Richford, VT; Darryl and his wife Rebecca, of Derry, NH; Duane and his wife Leslie Ann, of Ripton, VT. Also her grandsons: Jason and his wife Kasandra, of Braintree, VT; Michael, his wife Emily and their three children, Charles, Clohee, Lorelei, all of Richford, VT; Matthew and his wife Leigh, of Dover, NH; Daniel, of Wenham, MA; Noah, of Middlebury, VT; and Levi, of Barre, VT. She is also survived by a sister, Cora Mae Smith, of Richford, and many nieces and nephews. She was predeceased by her parents; a sister, Gwendolyn; and two brothers-in-law, Keith Smith, and John Morton.

In lieu of flowers, donations can be made to Camp Ta-Kum-Ta, P.O. Box 459, South Hero, VT 05486, a favorite charity close to Virginias heart.

A Funeral will be held Friday, September 27, 2019 at 10:00 AM at the Richford United Methodist Church, 86 River Street, Richford, VT 05476. Interment will follow in Hillside Cemetery in Richford, VT.

Condolences, photos and favorite memories may be shared through www.gossfs.com
To order memorial trees or send flowers to the family in memory of Virginia S. Fleury, please visit our flower store.