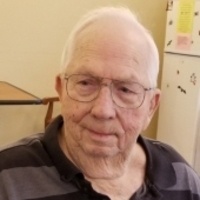 SWANTON - Walter B. Bard, age 84, passed away on Sunday, November 25, 2018 at his residence with his loving family by his side.

He was born in Highgate on November 2, 1934 to the late Benjamin & Bertha (Preston) Bard.

Walter attended school in Highgate and at the age of 13 his family moved to Swanton. On June 28, 1958 he married Victoria Vincellete and raised their family in Swanton. He was employed by Swanton Lime, Benoit, Motors, AG Anderson and retired from Shelburne Lime. Walter was a jack of all trades, the one to call for anything. He enjoyed fishing and hunting as well as Bingo. He was known to have taught not only his children but neighborhood children how to drive a car. Walters greatest joy was the time he got to spend with his family and his grandchildren.

In keeping with Walters wishes, a graveside service will take place in the spring at Riverside Cemetery.

For those who wish, contributions in Walters memory may be made to Missisquoi Valley Rescue, PO Box 22, Swanton, Vermont 05488.

Condolences, photos and favorite memories may be shared through www.gossfs.com
To order memorial trees or send flowers to the family in memory of Walter B. Bard, please visit our flower store.