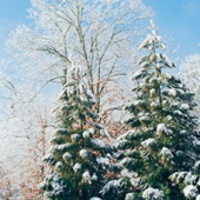 SWANTON - Walter Labrie, age 81, passed away unexpectedly on January 13, 2018 at his home in Swanton.

Although he lived his life with a hearing disability, he worked in Manchester, NH as a meat cutter and then Wright Construction in Franklin, VT, until he retired. He enjoyed the outdoors, especially hunting & fishing.

Walter is survived by his brother John Labrie and wife Ramona of Fletcher; several nieces & nephews, his aunts, Polly Labrie of St. Albans and JoAnne Grondahl of Lake Worth, FL. He also leaves behind his special furry friend of 15 years, his cat Jack.

In keeping with Walters wishes, there will be no public services. His final resting place will be in Maple Grove Cemetery in Franklin.

Condolences, photos and favorite memories may be shared through www.gossfs.com
To order memorial trees or send flowers to the family in memory of Walter R. Labrie, please visit our flower store.