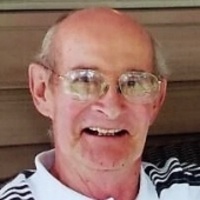 ENOSBURG FALLS - Walter H. Scott passed away on Saturday January 26, 2019 at the age of 80 while at the Northwest Medical Center in St. Albans with his son Robert by his side. Walter fought a long and courageous battle with congestive heart failure.

He was born in Montreal, Quebec on October 22, 1938. Walter spent 25 years, 6 months, and 11 days working at Air Canada as a Supervisor of flight/crew scheduling. After retiring at the age of 43, Walter and Lorraine moved to Vermont. They purchased the Mill Pond Campground which they owned and operated from 1974 to 1983. They loved the social aspects of running the Campground and strived to maintain a family friendly atmosphere where many long lasting friendships were kindled. The Campground was sold and Walter and Lorraine moved to Enosburg Falls. Walter not being one to sit idle went to work for Kingman Clothiers, Nates Mens Wear, Sears, and Bon Ton.

He was always very active and dedicated to the communities in which he lived. While living in Quebec, he was the President of the Youth Amateur Football League, amongst the many other charitable organizations and community activities that he volunteered his time. While living in Vermont he served on the Board of Trustees for the Village of Enosburg Falls, Selectman for the Town of Enosburg, Justice of the Peace, and President of the Franklin/Grand Isle Habitat for Humanity Organization. Walter was a lifetime member of the Cairo Shriners of Rutland and an active member of their clown troop. He was better known as Waldo the Clown , bringing many smiles to the senior citizens, hospitalized children, and the people in general of the surrounding areas. He was a free and accepted Mason and a recipient of the Lewis Jewel Award. He was a member of the Masonic Lodge of Two Mountains and an active member of the Enosburg Falls Lion Club where he received the Melvin Jones Fellowship Award.

Walter will be fondly remembered for his unselfish dedication to civic services and his devoted desire to improve the well being of others.

Walter is survived by his wife Lorraine of 55 years, their loving children Wayne H. Scott and his wife Rebecca of Salem, CT, Robert G. Scott and his wife Kathleen of Colchester, CT, Michael N. Scott of Dania Beach, FL, and Jay Scott and his partner Misty of Vergennes, VT as well as seven loving grandchildren; Emily, Jaime, Tyler, Thomas, Shannon, Tyler, and Lauren. He is also survived by his sister Bernice Westcott of Two Mountains, Quebec. He is predeceased by his parents Howard and Daisy Scott as well as his sister Geraldine Chipman.

A Memorial Service will be held on Saturday February 2, 2019 at 11:00am at the Franklin United Church on Main Street, Franklin. Interment will be held at the Familys convenience at the Hillcrest Cemetery in Two Mountains, Quebec.

The Family wishes to thank the many doctors, nurses, and staff at the Franklin County Rehab and the Northwest Medical Center for the attention that Walter received while under their care. We would also like to extend a special thanks to Pastor Jason McConnell for his support and spiritual guidance.

For those that wish, contributions in Walters memory may be made to the Enosburg Falls Ambulance Service, P.O. Box 465, Enosburg Falls, VT 05450 or the Franklin/Grand Isle Habitat for Humanity PO Box 1375, St. Albans, VT 05478.

Condolences, photos and favorite memories may be shared through www.gossfs.com
To order memorial trees or send flowers to the family in memory of Walter H. Scott, please visit our flower store.