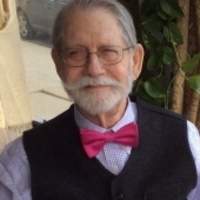 He was born near Auxvasse, Missouri, on May 17, 1933, to the late James & Ruth (Clemans) Buck. William was the middle of three children and was raised on a small farm in the Ozark Hills near Branson, Missouri.

For those who wish, in lieu of flowers, donations in Williams memory may be made to CarePartners Adult Day Center, 34 Franklin Park W, Saint Albans, VT 05478.

Condolences, photos, and favorite memories may be shared through www.gossfs.com
To order memorial trees or send flowers to the family in memory of William B. Buck, please visit our flower store.