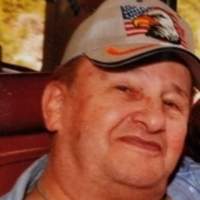 William was a lifelong farmer. He loved working with cows and always referred to them as his girls . He married Arthleen (Larose) in 1979. They raised their family while working at local farms for many years, she passed away in 2007. His favorite hobbies included watching westerns, especially Gunsmoke and Bonanza, dreaming about old cars, playing Bingo and scratch tickets, and taking trips to the casino. Williams grandchildren meant the world to him, and they always looked forward to weekends with him. He married Paule (Thibault) in May of 2010 and he lived in the apartments at Holy Angels since 2012.

For those who wish, contributions in Williams memory may be made to the American Heart Association, 110 Main Street, Suite 203, Burlington, Vermont 05401.

Condolences, photos and favorite memories may be shared through www.gossfs.com
To order memorial trees or send flowers to the family in memory of William H. Button, please visit our flower store.